From Shore to Soil 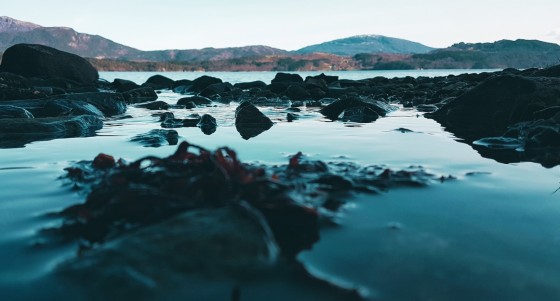 Seaweed is an fully renewable natural resource in Ireland, an Island with a coastline in excess of 5,000km. People have realised that seaweed is a superior source of minerals, trace elements, and vitamins compared to land-based vegetables for many years.

Seaweeds have the unique ability to absorb a complete range of elements from the seawater surrounding them. Accordingly, they have a complete supply of minerals and trace elements concentrated thousands of times in their fronds.

Since the 18th century, when scientific investigations of Irish seaweed species began in earnest, over 800 different species of seaweed from Irish waters have been identified. Given the small area of the island, this relatively high number represents a high diversity of seaweed for Ireland.

We hand-harvest wild seaweed, to promote rapid regrowth in areas recognised for their unprecedented natural beauty and one of the few remaining wildernesses left.

From the very start, the Walton family have been conscious of preserving the tradition that is Seaweed Baths, whilst respecting the environment. All of the seaweed that is currently used in VOYA Seaweed Baths after use is donated to Organic farms and gardens for use as mineral-rich fertilizer – there, it’s life giving nutrients are of amazing results which cannot be disputed.

A member of our Bathhouse team will be in contact with you shortly to confirm your request using the contact details you have provided. If the date or time which you selected is not currently available we will endeavour to reschedule to an alternative date/time that is most suitable for you.

Your booking request details will also be forwarded to the email account specified during booking. (For first time bookings please check spam folder)

We look forward to seeing you at the Bathhouse in Strandhill, County Sligo.
The VOYA Seaweed Baths Team